As part of my featured travel blogger interview series, the lovely Megan from Mapping Megan was nice enough to answer a few questions for me. Read below all about how Megan travels, what makes her tick, and where she’s off to next. 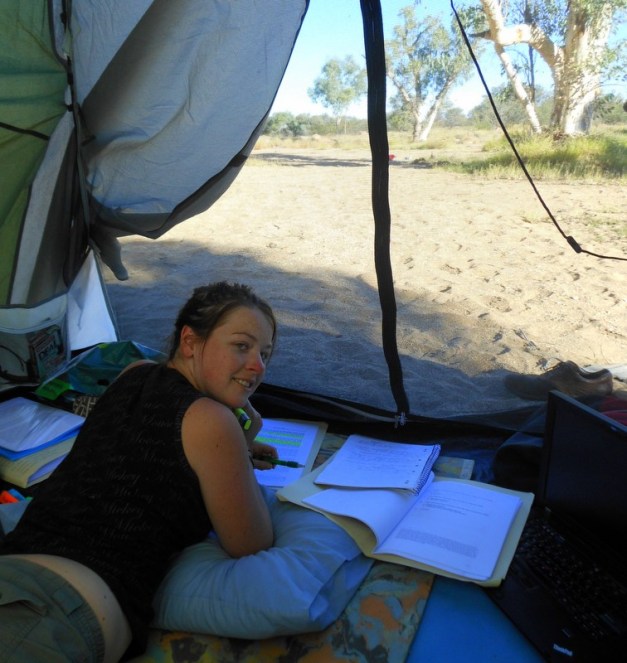 HI, CAN YOU INTRODUCE YOURSELF?

7. Tell us a bit about where you are at the moment and what you’re doing there:

Right now I’m in Fort Myers, Florida.  After summiting Mt Kilimanjaro back in 2010 I met a handsome American stranger at the hotel bar.  We stayed up all night talking and laughing, sharing stories and travel tales; who knew less than 3 years later we would be married, having pulled off one of the greatest long distance relationships of all time!

So having just recently married said handsome stranger, I’ve immigrated from Australia to the United States.  We’ve based ourselves in Florida until my permanent residency comes through, when we plan on taking off around the world again!

I first visited Japan in 2003. It was a school trip with my Japanese class when I was 15, so I was incredibly excited to be heading overseas with 30 of my friends (I give HUGE credit to the teachers who chaperoned 30 girls to Japan for two weeks!). It was going to be one huge two week slumber party!

At 15 I didn’t have a huge appreciation for global culture, and honestly the highlights of the trip were Tokyo Disneyland and my home stay. We visited a sister high school in Tokyo and each of us were paired up with a Japanese student who we stayed with for 3 days. This was an amazing experience which not only improved our language skills, but also planted the travel bug within me.

9. Where’s next in your travel plans?:

We are heading to Central and South America in May 2014. After having won a competition with DoubleTree by Hilton (apparently people actually win those competitions for Round The World trips!!!) we’ll be taking in Costa Rica, Peru, Panama and Chile before heading on to the Pantanal in Brazil and Galapagos Islands in Ecuador.  Incredibly excited!

Of course I love every country I visit!  But if I had to narrow them down my top 3 they would be:

11. What 5 countries do you want to visit that you haven’t yet been to?:

12. If you could avoid going anywhere where would it be and why?

Home! Just because there are so many amazing places in the world which are just waiting for me to explore them!

13. What are your top 5 travelling items?

14. Best bit of advice you’ve ever been given:

“Just Go”.  Sounds like straight forward advice right? You would be surprised how many people don’t travel, or live the life of their dreams because of either fear, the unknown, or just never getting around to it.  I try to live by the notion that twenty years from now we will be more disappointed by the things we didn’t do than those which we did, and I don’t want to look back and wonder where my life went.

More often than not the only thing which is holding you back is you.  So just go!

“Don’t come home with aids”.  Seriously! Slightly misguided advice, however my grandmother before passing gave me those wonderful words of wisdom before a trip to Africa!

16. What do you miss most when you’re travelling?

Family and friends. Because I’m traveling so much it’s difficult to keep up with everyone and maintain relationships back home.  Skype is a godsend, and thankfully I often have the opportunity to video chat with my family, but it’s often heartbreaking not being home for big events or milestones.  For instance what do you say to a 4 year old who says “can’t you just come home to play with me”?!

NOW FOR THE RANDOM QUESTIONS

All of the above! Our accommodation choice is dependent upon the destination and the circumstances; we’ve camped in Africa, stayed in luxury hotels in the Great Barrier Reef, backpacked through hostels in Europe, couch surfed when money was in short supply, and had our fair share of house sitting gigs when we needed long term accommodation.

There really are so many different accommodation options out there that we will never commit to only just one!

18. Favourite food from another country:

There’s something incredibly romantic about train travel, so that’s definitely my #1 choice for transportation!  Trains were especially a great method for getting around in Europe, and the scenery was often spectacular – you have the opportunity to see the countryside in a way which is missed when flying.

My TV Shows! I have 4 or 5 television series which I like to keep up on; thanks to technology I can now stream them all online no matter where I am in the world!

Localeikki – it’s a great app which makes staying fit on the road so much easier!  Once logged on, you enter your location and it brings up details for walking, hiking, cycling and mountain biking routes in your area.  It not only tells you where to go but also brings up descriptions of which amenities are available as well as photos uploaded by other travelers. Love it!

22. Favourite travelling soundtrack/What are you listening to at the moment?

Honestly I don’t really have a favorite soundtrack.  We are always pretty content listening to whatever is on the radio; trashy pop music is my favorite though!

Kon Tiki.  It’s about a Norwegian explorer who captured the world’s attention when he sailed from Peru to Polynesia on a primitive balsa wood raft.  In doing so; in crossing the Pacific for 5,000 miles, he proved that Peruvians were the first to settle Polynesia.

After spending a number of years in the Polynesian Islands, Thor Heyerdahl wrote a thesis which contradicted the popular belief that the Islands were discovered by Asian explorers.   For many years he tried to convince the academic community of his theory however no-body took him seriously.  He was told by the National Geographic Society:

“You want your theory to be accepted?  Go ahead – drift from Peru to Polynesia on a balsa wood raft!”.

So he did.  Over 101 days Thor and his crew of 5 men (only one of which had sailed before) encountered epic storms, deadly sharks and watched as their water logged raft succumbed to the elements. It’s unbelievable what these people accomplished.

Sihpromatum.  A memoir series of one family’s four-year backpacking adventure around the world, the first installment, “I Grew My Boobs in China” is the beginning of an intensely fascinating, sobering, and emotional memoir of Savannah’s introspective and innovative family adventure.

Savannah Grace was pulled out of school at 14 when her mother unexpectedly announced that she and her family (mother 45, brother 25 and sister 17) would soon embark on an incredible, open-ended journey. When everything from her pets to the house she lived in either sold, given away or put in storage, this naïve teenage girl runs headlong into the reality and hardships of a life on the road.

25. Thanks for taking the time to answer all these questions. Now please take a few lines to tell everyone about your website…

“Mapping Megan” is an adventure travel blog which aims to give you the best tips and advice on travelling, volunteering, living, working and holidaying abroad.  Follow our insane adventures abroad as we make our way through every country in the world.  We haven’t been everywhere, but it’s on our list!

Thanks for taking part in my interview Megan….happy travels!